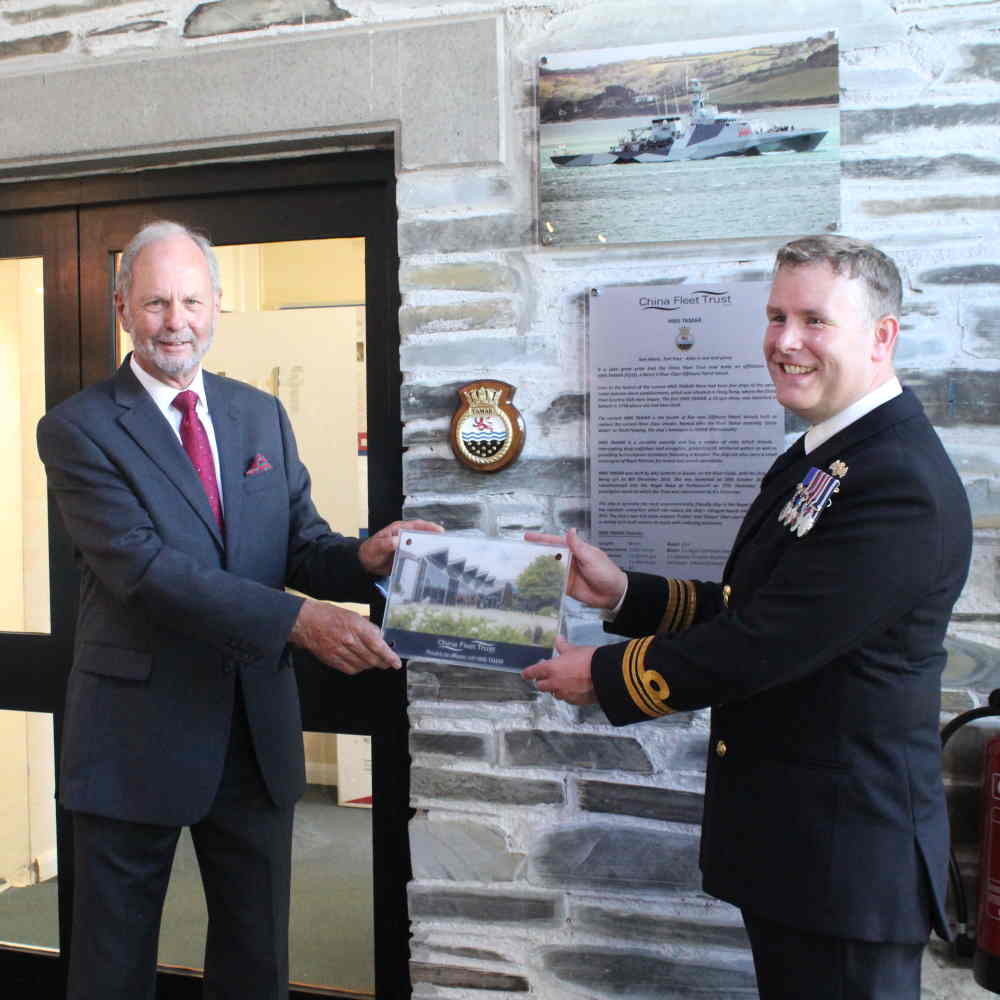 There was a real buzz around the Club this week as we welcomed some very special guests and local dignitaries – straight off the back of the G7 Summit in Carbis Bay, Cornwall.

As many of you will know, the China Fleet Country Club’s historical links with The Royal Navy can be traced back to our Club’s original Hong Kong premises where it became a major rest and recreation centre for UK and allied sailors back in 1901.   The new China Fleet Country Club was relocated to the UK and opened on June 1st 1991 with civilians also joining in 1994. We are obviously very proud of our Royal Navy links and you can find out more in our special Heritage Area, situated inside the Club.

To this day, both the general public and serving and ex-serving Royal Navy / Royal Marine personnel enjoy the club.

This week we were delighted to strengthen those links even further with a formal affiliation with the Royal Navy’s New Batch 2 Offshore Patrol Ship HMS TAMAR – the same one that was recently deployed to the G7 Summit just off Carbis Bay, Cornwall.

HMS TAMAR is in fact, the Royal Navy’s newest and greenest warship.  A great link to our own green initiatives here at the Club!

Rear Admiral Mike Wood CBE, who, along with local Cllr Hilary Frank, also presented Lieutenant Commander Michael Hutchinson with the brand new Cornish flag gifted by the Mayor of Truro to the ship.

All serving Royal Navy, Royal Marines (including Reservists), RFA personnel and their immediate families are automatically members of the China Fleet Country Club. Registration is free to receive your discounts and offers.

We’re so proud of our China Fleet community, both armed forces and civilians.  I’ve been promised a trip out to sea soon to take a look at the new HMS TAMAR ship for myself…I better get my sea-legs ready!

See you next week and see you at the Club soon,

Serving RN/RM join for FREE to receive your discounts