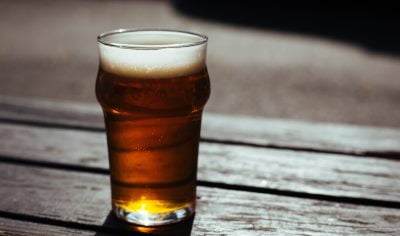 Did you know Friday 3rd August is International Beer Day?

I know, what a perfect excuse to raise a glass! Established in 2008, this year is the 10th anniversary of International Beer Day which is now celebrated in over 200 cities worldwide.

Did you also know beer is the third most widely consumed beverage in the world (after water and tea), landing first for alcoholic beverages?

There is a growing interest in beer at the moment with a real thirst for artisan styles and how they complement the foods we enjoy. Beer and food pairing is the next ‘big thing’ with many chefs serving up ideas on what works best. I really love the idea of food pairing, perhaps a light ale with our Grilled Cajun Salmon Fillet or alongside a tempting curry on our popular Curry Tuesday.

Personally, I’m a fan of the light beers – especially in hot weather such as this year! There’s so many new beers on the market, even gluten free and vegan ales. Here at China Fleet Country Club in Cornwall, we stock international beers as well as those sourced closer to home from award winning St Austell Brewery in Cornwall. We also now have a fantastic new tipple called Vagabond Pale Ale which is both gluten free and suitable for vegans. I’m very excited as we’ve even got a ‘skinny’ larger coming very soon which is also gluten free, vegan and Kosher.

Make sure you raise a glass this weekend to all the amazing breweries worldwide, local, as well as the smaller artisan and micro-breweries.

Cheers! Hope to see you at the Club soon