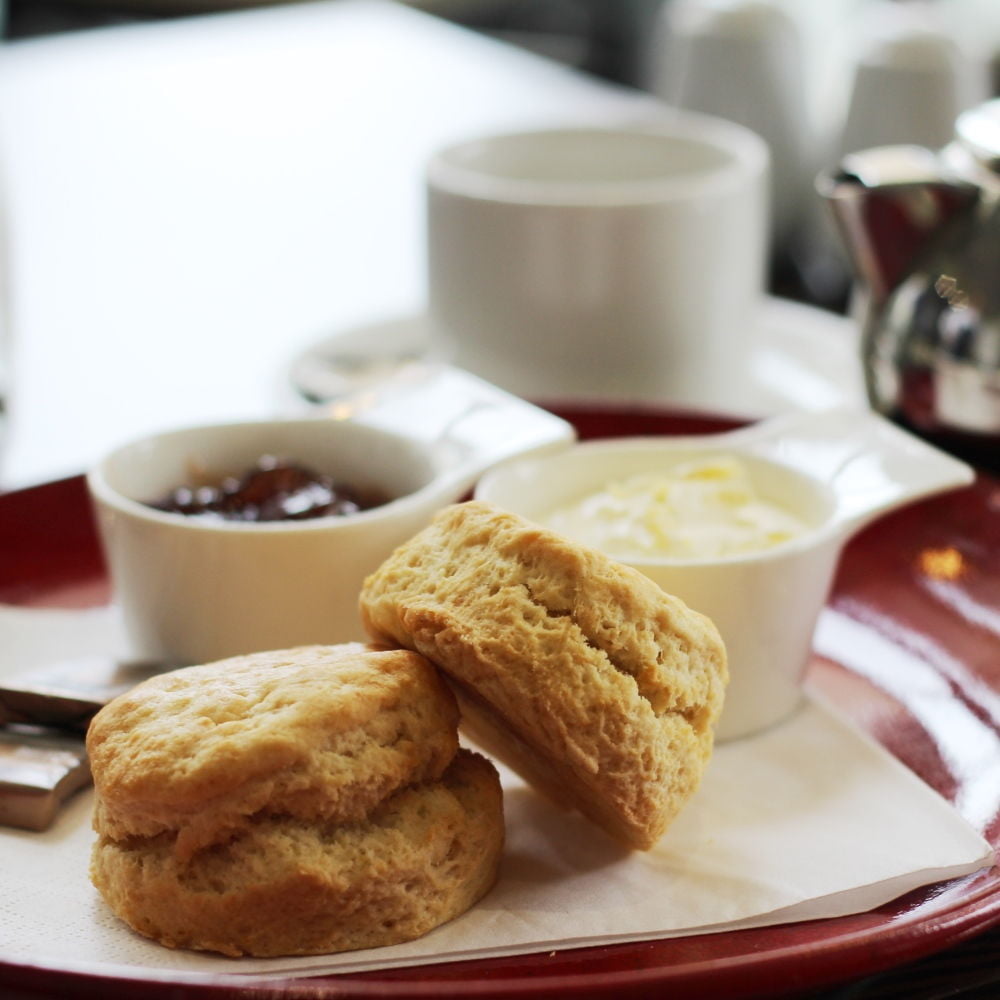 There are many dates in my diary that I look forward to – birthdays, holidays and family celebrations all feature high of course.  However, imagine my delight to spot one of the very best days of the whole year…. National Cream Tea Day! A day full of all things scone, jam and Cornish (or Devon) clotted cream on Friday 28th June 2019.

What could be better than a crumbly scone with cold clotted cream and the very best strawberry jam? The only problem is trying to decide just how to serve it…..the Cornish way or the Devon way?

China Fleet Country Club sits on the Cornish side on the banks of the River Tamar with views across the water to Plymouth in Devon. Who should I favour?

There is much debate on the ‘proper way’ to serve a cream tea and even celebrities have joined the debate. Recently, Dawn French, who lives in Cornwall, re-ignited the argument when she posted a picture of a tasty Cornish Cream Tea. This was followed by the Michelin-starred Chef Tom Kerridge who posted on Twitter that it was ‘bonkers’ to suggest that the jam should be spread on a scone before the cream!

The precise origin of the cream tea is also disputed, though historians have found evidence that a tradition of eating bread with cream and jam existed at Tavistock Abbey in Devon during the 11th century.

But whichever method you plump for, or whichever version of history you choose to believe, one thing is certain – a cream tea takes some beating no matter which way you serve it.  And for the record….our Cream Teas and Afternoon Teas all come with Cornish clotted cream…it’s up to you how you eat it!